"There is a widespread fear of public spaces among young girls, especially in relation to being sexually assaulted" 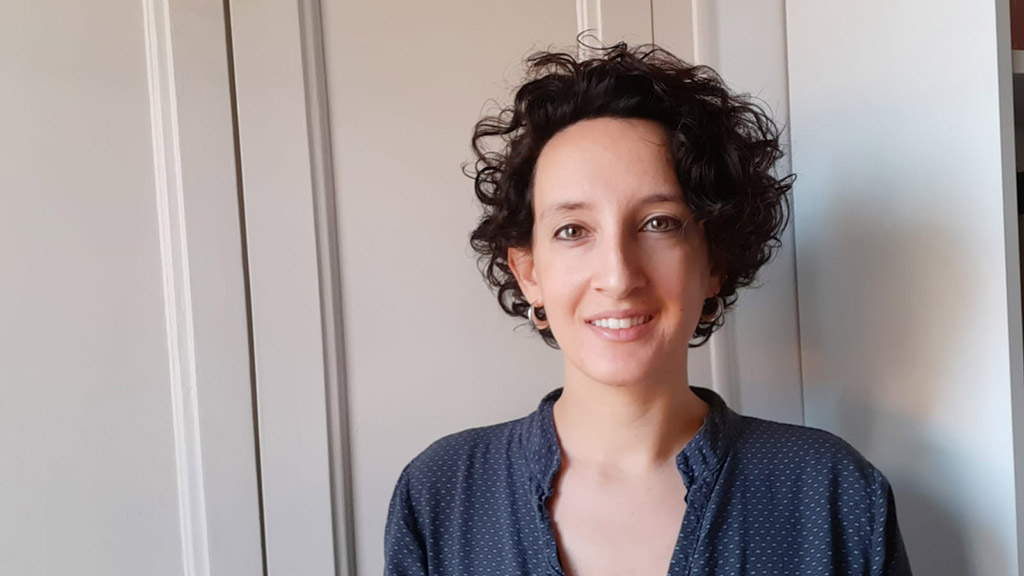 05/03/2020
Editorial department
Maria Rodó de Zárate, researcher at the GENTIC group at the UOC's IN3

Having worked as a researcher at several universities in the United States, Brazil and Ireland, Maria Rodó de Zárate joined the Universitat Oberta de Catalunya (UOC) four and a half years ago as part of the GenTIC (Gender and ICT: Researching Gender in the Network Society) research group which, among other issues, studies gender stereotypes in what are known as STEM (Science, Technology, Engineering and Mathematics) careers.

The researcher, an expert on issues associated with gender inequality, discrimination in urban spaces, fear of public spaces and LGBTI-phobia, is currently involved in a number of ongoing projects, such as a RecerCaixa-funded programme on the prevention of sexist violence in secondary schools. Her work takes an intersectional approach; a discipline that examines inequality and discrimination from a range of very different perspectives: gender, ethnicity, social class, age and sexual orientation, to name but a few. Rodó has developed visual and digital methodologies such as "relief maps" (www.reliefmaps.cat) to analyse all this data.

A great deal of content can be found on ICT media, be it videos, video games or web pages, that incites or trivializes sexist violence. Are we losing ground in the battle to combat discrimination and gender stereotypes?

We're not losing ground in the battle against discrimination because we now have an ever increasing number of girls who possess the relevant tools for identifying violence and discrimination. The thing that is on the rise, however, is the discrimination itself. The far right and other political and social agents are exposing us to discourses that, because of political correctness, have not been heard for a long time and that is something that is clearly being reflected in the digital arena and on social media, which serve as hubs for the circulation of this type of discourse and message.

As we have no way of controlling what is said on the internet, how can we prevent young people from being exposed to this kind of content?

A punitive approach is not an advisable course of action. In the case of young people, the best thing to do is teach them about how to use social media and protect themselves from certain behaviour, and education plays an important role in that. For example, young people need to be given individual and collective tools to help them deal with this type of behaviour and know how to prevent it. Prevention is achieved by talking about these issues, as well as by addressing the subject of masculinities. We mustn't put all the focus on them (women), on what they need to do to solve the problem; we also need to work with boys, looking at and reflecting on what is behind certain types of behaviour.

Social media has facilitated the emergence of a new type of abuser, one that controls their partner through social media or the mobile phone. Despite campaigns with slogans such as "If someone's controlling you, that's not love", it is still quite a common problem. How can we tackle this kind of cyber-violence?

Social media is neither the problem nor the solution. In fact, this type of behaviour already existed albeit via other tools and channels. So, I don't think we should put the emphasis on social media as much as on the social behaviours and relationships themselves, which are shaped by education, social role models, the cultural products we consume...

The UOC's GenTIC research group, of which you are a part, collects data on different types of violence. Have you been able to draw any general conclusions from that?

From our violence prevention studies, we have seen that when people talk about violence they usually associate it with the realm of romantic relationships, but we need to understand that, when it comes to the youngest members of the population, incidences of violence usually take place in public spaces or within friendships. We have conducted a study funded by RecerCaixa based on data collected from four Catalan secondary schools in different cities and representing different socio-economic contexts, both private and otherwise, and we have found that there is a widespread fear of public spaces among fourteen- to sixteen-year-old girls, especially in relation to being sexually assaulted. We have also discovered that they don't view social media as being a safe environment and that many girls who identify as non-heterosexual suffer discrimination from peers, on social media and within the family unit.

And how can we eradicate that fear of public spaces in young girls?

Firstly, we need to identify the source of the fear, and it is important to realize that the majority of sexual violence actually occurs in the domestic environment, not in a public space. Generally, however, a 12-year-old girl is not given the tools to identify abuse by a family member or identify aggressors in their immediate circle; conversely, they do have the tools to identify aggressors in public places and are frequently given advice regarding being out on the street, such as "make sure you're not on your own".

Toy advertising has always been very stereotypical. At what age does a child start to internalize these or other messages that they see on television or the internet and make the distinction between what is for boys and what is for girls?

By the age of three, children have already assimilated their gender identity, that is, they know if they are boys or girls according to what they have seen or been told. This involves numerous implicit issues. Adults talk in masculine or feminine terms to identify men and women, and boys and girls receive a whole host of additional information from school, family, television and from stories that establish roles and role models for them, such as the way men and women dress, what jobs they do, and they interiorize this. Toys and clothing are very stereotyped and the industries are very resistant to change. In major children's clothing brands, boys' and girls' clothing is distinguished by being blue or pink. I went to buy some socks a few days ago and they asked me if they were for a boy or a girl!

Degrees that are related to technology, engineering, maths and science (known as STEM subjects) have excellent job prospects but, according to statistics, there are very few women who choose to study these subjects. Why don't women want to be engineers?

There are several reasons. There are the stereotypes that we continue to replicate in our daily lives, and then there is also a lack of role models. If we have never seen women working in those fields and the media doesn't show women doing those jobs, it's not likely girls will make the decision to become computer engineers because it's not something they identify with. Teachers also have an important role to play when it comes to young women deciding on their future profession: girls are more likely to be motivated if they have positive role models in their teachers. Self-perception also has a significant impact. Girls often doubt their abilities to do certain jobs despite being more than capable, while boys, in contrast, rarely underestimate themselves in this way.

Does biology play a part?

Absolutely not. Our brains are malleable and abilities change depending on the input. If a boy is always given construction toys to play with throughout his life and has honed his skills in a more technological and abstract world, it stands to reason he will have more relevant skills in that area as an adult than a girl who has played with other types of toys, such as dolls. They will probably have developed more abilities with regard to caring for people if they have trained those kinds of skills. It's a socialization process.

Robotics are something we have seen in many classrooms for some time now, but there are still more boys entering robotics competitions than girls. When are we going to see real equality, such as has been achieved in medicine and in some faculties, where there are more women than men?

It's a question of time. These kinds of changes happen slowly because they involve changing our behaviour and ways of relating to each other. Structural changes also need to be introduced, however, and we need to reassess the way we value and regard certain jobs. Why is there more prestige attached to being an architect than a teacher? And why is an engineering degree more socially recognized than a humanities degree? That which is related to women is less highly valued. Now that more women are practicing medicine, the profession is less stable and less highly-respected than before. Levels of prestige drop when women enter traditionally male professions. And when men go into traditionally female professions (such as cooking), the level of social recognition increases. And that's a clear example of the kind of gender inequality that pervades all areas of our society.